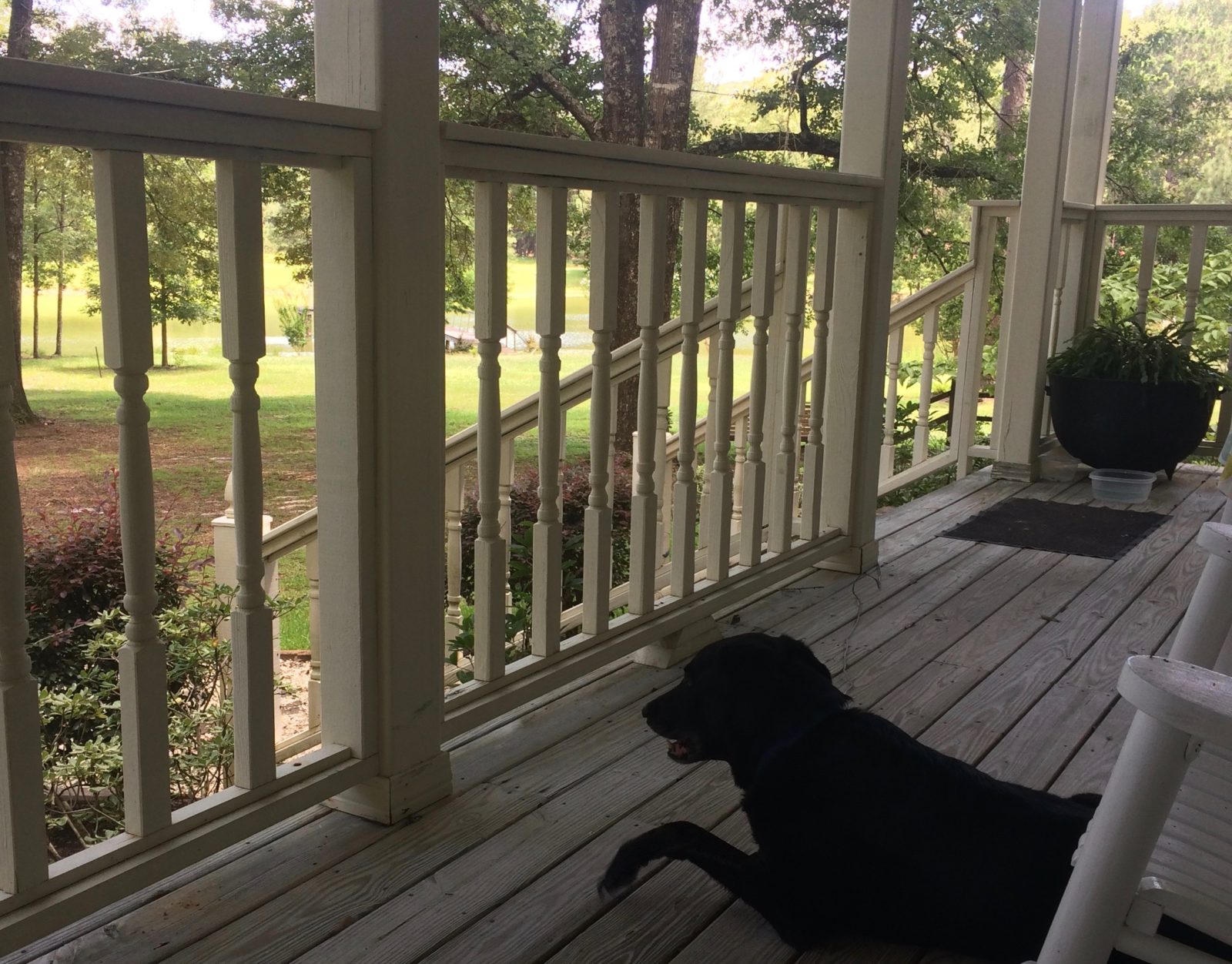 The truth is we all need to get away from time to time. We all need to rest. I know that I do. And my favorite place to get away is what we affectionately call The Farm. My first visit was in November 1983 when Melanie and I had been dating for a little over a year. The Farm is her maternal family homeplace. In those days Mama Mae and Papa Doug, Melanie’s grandparents, were both living and still working the farm.

I can still remember the first breakfast I ate at The Farm. It was Thanksgiving morning. The house was full. The smell of the wood-burning stove permeated the air. We had slept in the Davis’ motorhome, but everything happened inside the house. And it started with a big farm breakfast. Biscuits. Eggs. Bacon, Sausage. Grits. To this day, I look forward to eating breakfast at The Farm. It just tastes better!

It wasn’t long before Melanie’s aunts, uncles and cousins started arriving. Some of them were already there. Others came Thanksgiving morning. Ella, Melanie’s mom, is one of nine siblings! That makes for a large family gathering. I had been told to expect lots of food. I was not disappointed. Turkey. Ham. Dressing. Wagarville peas.  And, oh my, the desserts! Pies. Cakes. More cakes. More pies.

I soon learned that it is a Tarver family tradition to take walks on Thanksgiving afternoons to places like “the New Ground” or “the Watson Field.” Never mind that the New Ground hasn’t been new for several decades, and the Watson field hasn’t belonged to the Watsons for who knows how many decades. I’m not even aware of any Watsons that live in the area.

On my first Thanksgiving, I was treated to something other than a long walk. Papa Doug was never one to waste an opportunity. Come to think of it, he was never one to waste anything. Even the meager leftovers from people’s Thanksgiving dinner ended up in a pan and repurposed for either dogs or pigs. Anyway, on Thanksgiving of 1983 he took advantage of a large family gathering to move his cattle from the main pasture to the Watson field. That’s right. On my first trip to The Farm I got to participate in a real, live cattle drive.

It was like being in a John Wayne movie. Okay, not really. We didn’t have to fight off any rustlers or wild animals. We didn’t have horses. We didn’t camp out. And we weren’t exactly driving cattle for miles across the prairie. We ran them less than a mile through the woods. I may not be remembering this exactly as it happened. I may have a bit of nostalgic memory going on, here. But we encircled the herd (except there was no one in front of them – duh), whooped and hollered, waved our arms frantically while holding towels and shirts, and kept every last one of them moving together until they were all inside the gate of their new home. Then we all walked back to the house. For this “city boy” it was great fun!

From that first trip to The Farm I was hooked. I’ve been going back for the past thirty-five years. Wow, I’m going to have to pause for just a minute and let that sink in… After thirty-five years, it is still my resting place. I spend hours on the front porch reading, praying, thinking… I take long walks. It’s been years since I walked to the New Ground, but I almost always take at least one walk to the Watson field. Breakfast still tastes better at The Farm. At Thanksgiving, when the air is cool and lots of extended family have joined us, we will build large bonfires in the evenings. As my good friend Bruce says, “A bumpkin loves a fire!”

Ministry is hard work. It’s not the same kind of hard work that Papa Doug did around the farm. It’s mentally hard. It is emotionally draining. It can be spiritually exhausting. That is especially true for those whose ministry involves church revitalization. Vance Havner was correct, “If you don’t come apart, you are going to come apart.” From time to time we need to come apart from the daily routines for rest.

In the Spring of 1998 I was the pastor of the First Baptist Church of Elba, Alabama. In early March our town was flooded. Six feet of water inundated all of downtown including the first floor of the church. Several church families were also affected. As soon as the water receded we got to work pulling carpet, removing sheetrock, cleaning up the mess at church and in people’s homes. I had to go through my entire ministry library to determine what could be salvaged and what could not. There were meetings with church leadership, insurance adjusters, and government officials to determine the future of our church.

At the same time, I was still their pastor. There were sermons to be preached and hospitals to be visited. I conducted five funerals in less than a month, including two in one day. By the time spring break came along in April I had hit a wall. I was exhausted. The Farm was my refuge that spring break. It was the place I went to rest. It was the place I went to recharge. And so it has been for the past twenty years.

This past week, Melanie and I went to The Farm for a few days to celebrate Independence Day. John, Melanie’s dad, grilled chicken and ribs. An aunt and an uncle joined us for lunch. Ella made an incredible cake. I ate like it was Thanksgiving. Nate, our Labrador Retriever, and I spent a lot of time on the from porch. I read. I thought. I prayed. He and I also took a few walks. We played Rook. John and I won. We ate breakfast, twice! And it still tastes better at The Farm.

I would love to hear about your “get away” place. Where do you go for rest?

4 thoughts on “Wanna Get Away?”