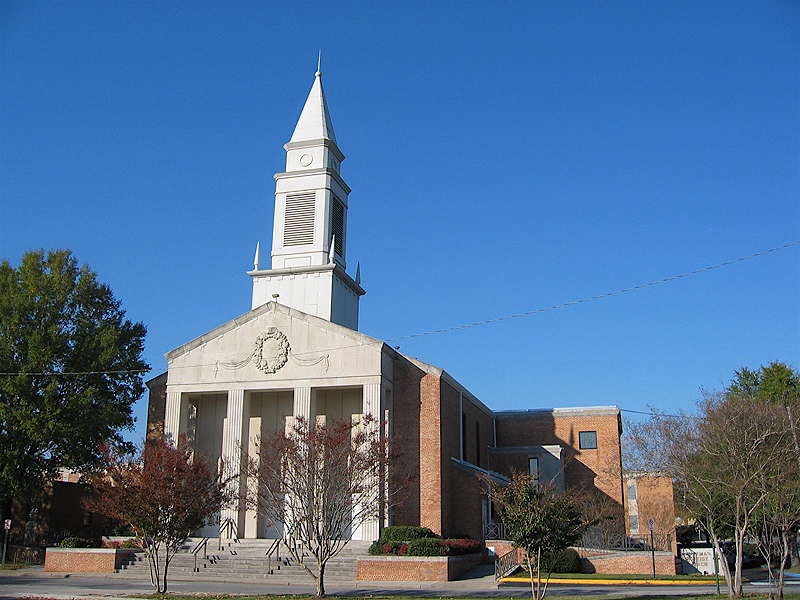 NOTE: The following article first appeared at The Revitalize Network in their “Revitalization Heroes” series and highlights the work I am doing in church revitalization at Huffman Baptist Church. I will continue to coach pastors through The Revitalize Bundle and will take on a limited number of comprehensive consultations and Revive and Revitalize revivals. Contact me for availability.

A Brilliant Yet Simple Plan for Church Revitalization

Rob Paul is at a point in his life where he could do a lot of different things in ministry. He’s a seasoned pastor of three decades. He started a thriving consulting business (RobPaul.net). He is a respected leader and researcher in his field.

Then the phone rang.

One of his friends in ministry asked him, “Are you interested?”

But Rob knew what God was calling him to do. The next assignment was for him to step back into being a lead pastor, but it would not be easy. The church was struggling. What was once a thriving congregation of 1,500 had dwindled to under 150 people. His friend told him, “They keep striking out everywhere they look.”

When Rob interviewed, he was brutally honest with the congregation. He told them of the necessary change to right what was wrong. He didn’t hold back. Neither did the church. Huffman Baptist called him with a unanimous vote.

Rob is just getting started, but he knows the direction for the church. The congregation is over ninety percent white in a community that is seventy percent minority, most of which are African-American.

At the time of this writing Rob was loading the truck with his furniture. He’s making the move, and he already understands what to do.

“My job is to get the church looking like the community.”

He has ideas about how to use the massive and underutilized facility. Huffman Baptist could become an “incubator” for church plants. Rob believes revitalization could occur through church planting on their campus. He’s already been contacted by the deaf community and the Spanish-speaking community. An African-American church is currently meeting on their campus as well.

“The number one priority is to draw their attention to the gospel—to replace a love for tradition and buildings with a love for Jesus.” Rob believes the only way for that to happen is for him to “love the church like crazy.”

“I have to show Huffman I love them. Then teach them how to love the community.”

But time is short. The church is struggling and needs to move quickly. Rob understands, “I’ve got to become their pastor in the first six months. Most experts say it takes five years to become the pastor, but we don’t have five years!”

His revitalization plan is simple, but brilliant.

“You can’t lead a church revitalization the same way you lead a stable church. It’s completely different.” Rob explained his idea of celebrating one win in the first month. He then plans to create a series of wins within the first three months.

“We’re going to create a win, then celebrate the win, then build on the celebration, and repeat the process.”

Create a win. Celebrate the win. Build on the celebration. Repeat.

Rob knows the odds are against him. He doesn’t mind. “Revitalization is a specific calling. Leading the stuck is not easy. Leading a church out of a death spiral is tough. You can’t just tweak a few things and make the church the latest and greatest—it’s just not feasible.”

Sometimes those little victories are enough. Celebrate them. Build on them. Then repeat.