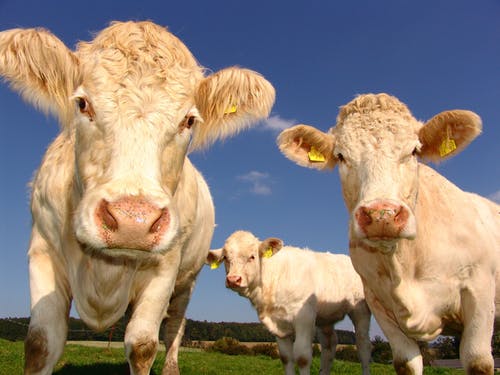 When I was growing up there was an urban legend among my friends about an activity called cow tipping. OK. I guess urban legend is not the correct phrase. Maybe rural legend would be better since cows don’t typically live in urban areas. Supposedly, bored teenagers would sneak up on a sleeping upright cow and push it over. While I don’t doubt that many have tried this, I highly doubt that many have actually done it. For one thing, I am told that cows don’t actually sleep standing up. And when approached by strangers cows often run away or sometimes aggressively stand their ground. And if it were possible to sneak up on a cow, it would take five or six fairly strong humans to push it over.

Tipping cows may be a rural legend, but tipping sacred cows is not. Ask any pastor. Most of us have tipped a few. And even if we thought we had snuck up on them, we quickly discovered their defenders aggressively standing their ground. Fun fact. Cows are the third most deadly animals in the United States. That’s right. Cows are more deadly than snakes, alligators, bears, mountain lions, coyotes, wolves… Only horses and deer kill more people in the US than cows. Trying to tip a cow can be deadly! And while I don’t have analytical research to back this up, I’m pretty sure that tipping sacred cows is the most “deadly” activity a pastor can attempt.

Letting Go of the Past is Hard

Even in a healthy church tipping sacred cows can be dangerous. I recently read a thread on Facebook about a healthy church that is undergoing some changes. And in those changes they are tipping some sacred cows. Specifically hymnals and the church organ. Never mind that they haven’t used hymnals in twenty years. And the organ hasn’t been used except for weddings and the occasional funeral in about that same time frame. As long as the hymnals remained in the pew racks and the organ occupied its space on the platform, the defenders of the sacred cows were happy. OK, maybe not happy but at least hopeful that one day these dinosaurs… errr sacred cows… might one day be useful again.

I get it. Letting go of the past is hard. I was reminded of that reality a few weeks ago when we moved. I knew there were things I should have given or thrown away, but letting go was hard. Never mind that we haven’t used some of these things in years. One day I might fit into thirty-inch waist pants again! So I packed much of it and moved it once again.

The Danger of Sacred Cows

Shepherds also protect the flock from danger. And make no mistake. Sacred cows are dangerous! Tipping them can be dangerous for the tipper, but holding onto them is dangerous for those who hold on. Let me explain. A sacred cow is anything in the life of a church that the members are afraid of losing. They can be hymnals, a style of music, flowers on the communion table, pictures, parlors, carpet… You get the idea. Almost anything can become a sacred cow if it becomes something you are afraid of losing. Something you will fight to keep.

God’s people have always had a bent toward creating false gods. Fashioning idols as monuments to our preferences. In Exodus 32 the nation of Israel fashioned a golden calf because they did not want to wait for Moses to come down from the mountain where he had been meeting with the Lord. What did Moses do? He tipped the golden calf. “He took the calf that they had made and burned it with fire and ground it to powder and scattered it on the water and made the people drink of it” (Exodus 32:20).

It’s time to tip some sacred cows. Or at least have a good barbecue! Just be careful. Cows are the third most dangerous animal in the United States.

Thanks for reading. Please leave a comment below and share this article with your friends and followers on social media. If you want help in leading your church to experience revitalization, let me hear from you. And if you would like to help develop healthy churches, click here to make a financial contribution to our ministry.