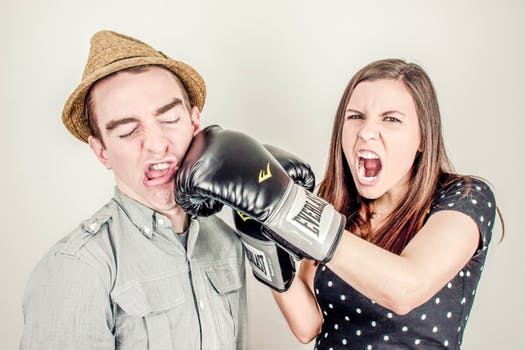 Church conflict seems to be on the rise. In a previous article I stated that the need for rapid and major change is a significant factor. I also cited a conversation with a denominational leader about the rise of church conflict that results in pastors and other staff members being forced to resign. In his words, “It is an epidemic.” If so, it is an epidemic that needs to be addressed… For the sake of the gospel… For the sake of the church… For the sake of ministers and their families… This topic cannot be taboo.  We must acknowledge the elephant in the room before we can begin to curb the epidemic. We must acknowledge that as the need for radical change increases so does the probability of significant church conflict.

I am a part of a network of pastors and other church leaders who share insights, encouragement, etc. One pastor recently reached out to the group asking for prayer. His request breaks my heart: “[Yesterday, my church treasurer and another woman] ripped me up one side and down the other for wanting to do ministry instead of wanting to take care of ourselves first. She bullied me for about five minutes in front of everyone and no one defended me. No one. I came home defeated and crying. I’m done. I’ve been here for five and a half years, and I’m tired of fighting. My wife and I are getting my resume ready to send out. I know the two of them aren’t done with me and I don’t want to be caught wothout options. Any thoughts?”

“I’m done… I’m tired of fighting.” My heart breaks for him. James asked the question, “What causes quarrels and what causes fights among you? Is it not this, that your passions are at war within you? You desire and do not have so you murder. You covet and cannot obtain, so you fight and quarrel. You do not have, because you do not ask” (James 4:1-2). Church conflict is on the rise because God’s people act selfishly and without regard for the consequences of their actions.

Because of the work that I do with struggling churches I hear a lot of conflict stories. I also see the consequences of the conflict. Some consequences are intended. A church bully wants to run off a pastor. He accomplishes his goal. A group wants more resources devoted to meeting their needs so they do whatever they have to in order to make it happen. Those are intended consequences. Like the US Air Force dropping a bomb on an enemy target, they hit their mark. But sometimes those bombs have collateral damage on the battlefield… And in the church.

We know that conflict comes whenever two individuals or groups have competing agendas. That’s why nations go to war. That’s why individuals quarrel. And that is why churches have conflict, too. One long-time minister told me a few weeks ago, “Churches usually bring these disasters on themselves. Many a sick church needs to die, and we don’t need to prop up all of them.” Here is what Jesus says, “Remember therefore from where you have fallen; repent, and do the works you did at first. If not, I will come to you and remove your lampstand from its place” (Revelation 2:5).

2 thoughts on “The Unintended Consequences of Church Conflict”