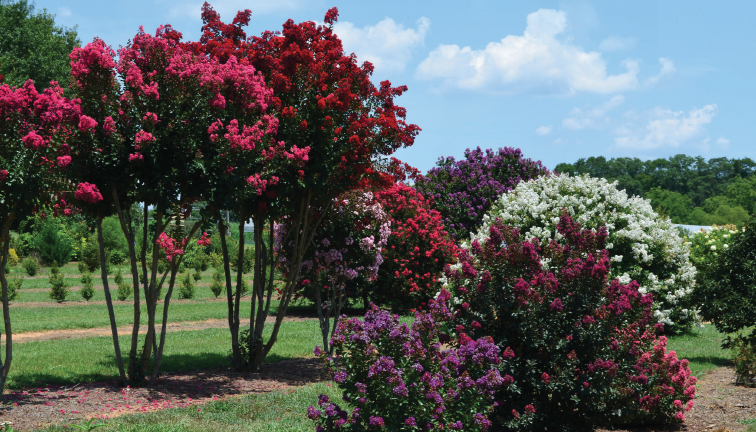 Everybody needs encouragement. Pastors, too. And especially pastors who are leading in church revitalization. I am thankful for the dozens of encouragers who have blessed me through the years. This past week I remembered one special group of encouragers. They call themselves The Aluminum Crape Myrtles. As these ladies say, “Unlike steel magnolias, we bend with the wind.” Pastor, I pray that you have some Aluminum Crape Myrtles in your life. Even better if they are in your church!

My first exposure to the ACMs was seventeen years ago. I was in my first year as pastor of First Baptist Church of Talladega, Alabama. At thirty-nine, I was the youngest pastor to serve there for at least the previous fifty years. Maybe longer. There was a small group who thought I was too young. Three of their previous four pastors had entered retirement from the church. Another group was loyal to the most recent pastor and refused to give me a chance. Let’s just say the honeymoon did not last very long!

That’s when the Aluminum Crape Myrtles stepped up. One afternoon, I came home to find a gift basket just inside the screened door of our amazing back porch. It was a large basket with something for everyone in the house. Kids included. The note simply read, “Hang in there. The ACMs.” The next day I started asking around. “Who are the ACMs?” “What do those letters stand for?” I even stopped by the store where the gift basket items came from. The owners were members of the church. They wouldn’t tell me anything except, “It’s a secret.”

It was a secret. And it remained a secret for several years. But the encouragement continued. Gifts. Cards. Notes. The ACMs continued to encourage our family. I finally figured out that the store owner was one of the ACMs. She “fessed up” and told me what the letters meant. And why these somewhat crazy ladies fashioned themselves as a better version of Ouiser, Truvy, Clairee, M’Lynn, Shelby and Annelle. Over the next several years, I figured out who some of them were. This past week, I figured out a few more! They not only encouraged me throughout our time with them. They have continued to be wonderful friends. I hope they are encouraging their current pastor at least as much as they encouraged me.

When a Pastor Needs Encouragement

Pastors need encouragement all the time. But there are certain times when he needs it the most…

When he is criticized

This one seems obvious. The old saying that sticks and stones may brake my bones, but words will never hurt me is not true. Words can hurt. They do hurt. Sometimes very deeply. Some people think that criticism is their spiritual gift. As a seminary professor once said, “They were born in the objective case and the kickative mood!” When your pastor is facing criticism, be an encourager.

When he is carrying a heavy burden

A true shepherd loves the sheep. He hurts when they hurt. I can remember times when I have walked with church families through times of crisis. Extended illnesses. Hard decisions. Marriage problems. A wayward child. The list goes on and on. And most of the time we pastors are not able to share these burdens with anyone. I know I count it a privilege to carry burdens like these. But sometimes the burden can be hard to carry. When your pastor is carrying a heavy burden, be an encourager.

When he doubts himself

I was about to write that I am my worst critic, but then I remembered some of the other critics I have had through the years. But it is true. I am critical of myself. And sometimes I am downright insecure. The sermon isn’t good enough. The pastoral visit wasn’t long enough. Was that really the right decision? When your pastor doubts himself, be an encourager.

When he messes up

Sometimes we mess up. We make mistakes. Sometimes we fail. The criticism is warranted. The self doubt is on target. And we need someone to remind us that our failure is not fatal. When your pastor messes up, be an encourager.

How to Encourage Your Pastor

Here are a few ways you can encourage your pastor:

Thank you, Aluminum Crape Myrtles for being such great encouragers! Thank you for showing that you care, for letting me be me, for having my back and following my leadership. Most of all, thank you for praying for me. I loved you ladies then. And I still do.

1 thought on “The Aluminum Crape Myrtles”